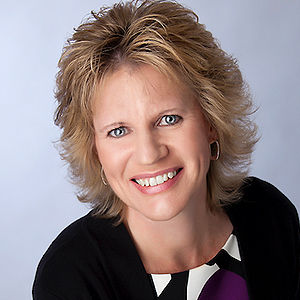 Homes for Sale in Renton, WA

Condos For Sale in Renton, WA

While Renton is best known as the location of large Boeing factory and Jimi Hendrix's gravesite, the city just south of Seattle has so much more to offer and is a coveted area with many homes for sale. Within driving distance of downtown Seattle and some of western Washington's best hiking trails and mountains, Renton is a great mixture of the rural and the urban.

The city is especially great for families as it has highly rated schools, large parks and green spaces and many safe neighborhoods.

Others might enjoy Renton for its coveted waterfront properties and its quaint downtown area.

Renton is a city located in King County, about 12 miles south of downtown Seattle. It is bordered by Newcastle to the north, Issaquah and Maple Valley to the east, Covington and Kent to the south and Tukwila to the west.

About the Homes For Sale in Renton, WA

Renton's older homes are often ramblers built in the 40s, 50s and 60s. Larger, multistory homes are usually original to the early 2000s and feature multi-car garages and spacious front and backyards.

Please see our Renton listings page for updates on a daily basis.

Condos in Renton can be both traditional condo complexes and freestanding, single-family homes developed as condos. Condo complexes are located both in downtown Renton and in the more rural neighborhoods of the city.

Please see Renton condos for more information on condos and complexes in Renton.

Most of Renton's new homes are built within Renton's most popular new home communities like: Allura, Fairwood and Sapphire on Talbot Townhomes.

Please see our Renton new homes page for updates on a daily basis.

The majority of Renton is served by the Renton School District, but there are also schools from the Issaquah, Kent and Tahoma School Districts within the city limits.

A few of Renton's many public elementary schools include:

Like nearby Seattle, there are many interesting and fun activities for individuals, families and couples in the city of Renton.

The Gene Coulon Memorial Beach Park is one great destination for kids and families to enjoy. The 57-acre park has playgrounds, boat launches, walking trails and tennis courts. The park wraps along Lake Washington and has beautiful views of the water.

Another popular tourist attraction in Renton is the gravesite of acclaimed guitarist Jimi Hendrix. Located in Greenwood Memorial Park, Hendrix's large stone memorial includes a replica of his guitar, carved depictions of Hendrix and his lyrics, and a carved replica of the musician's signature.

For a cultural experience locals enjoy visiting the Renton History Museum. Located in downtown Renton in an old, art deco-style fire station. The museum has an extensive collection of photographs and objects that map the history of Renton and the surrounding areas.

Renton has plenty of great dining options to choose from, with most restaurants located in the city's downtown area. Some popular restaurants include:

In addition to plenty of unique dining options, Renton also has many large shopping centers, which include:

Getting Around Renton, WA

I-405 runs through Renton and provides easy access to Southcenter, Bellevue, Kirkland and Bothell. I-5 also runs north and south just west of Renton.

Renton also has the Renton Transit Center that is connected to 19 other transit centers throughout King County and can take passengers to Downtown Seattle, Bellevue and the University of Washington, among other destinations.

I'm interested in seeing and potentially buying in Renton, now what?

It's time to talk to a real estate agent about the properties you're most interested in. We recommend you contact Joan Posanke, the Landcast team member covering Renton, WA.

Are there more homes for sale in Renton than shown on this page?

All MLS listed homes for sale in Renton, WA are on Landcast.

We sometimes know of off-market homes or new homes being built by home builders that aren't currently listed, to help find these unlisted homes for sale in Renton, we recommend you contact Joan Posanke.

Where does Landcast get information about Renton?